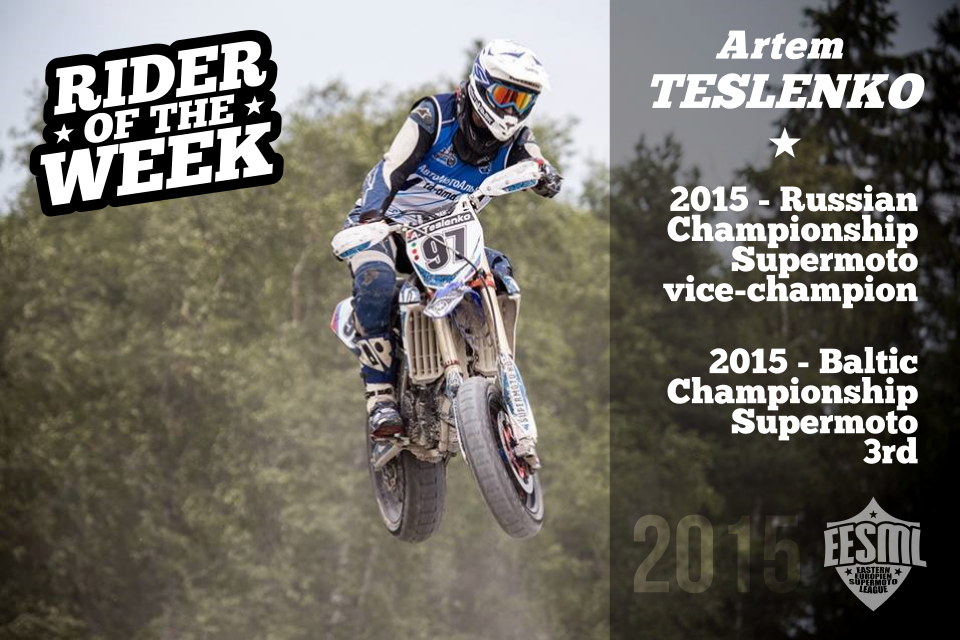 When and why you start supermoto?

In 2006 – bike look very cool, like hybrid between motocross and superbike.

It requires a lot of riding skills.

Tell us about last season

In 2015 will be year to remember. Was successful in Baltic championship where I got 3rd overall. Long distance races in Russia, 7 rounds each in different corner of country and 2nd overall.

Main plan is to attract more people to enjoy supermoto

If you do motocross: whats the difference between motocross and Supermoto?
In Supermoto you get much more speed than in MX and I like the feeling of sliding. MX requires much higher fitness level, but supermoto requires to handle much higher psychical level.

If you do, than Why do you recommend to try Supermoto?

I recommend to try Supermoto for everyone who have a chance. Just to catch a feeling and advantages of this hybrid. Knowledge's will be very useful also for other Motorsport disciplines like motocross, road racing, flat track.

To who you want to say thanks?

To all organizers of Supermoto races and all fans.