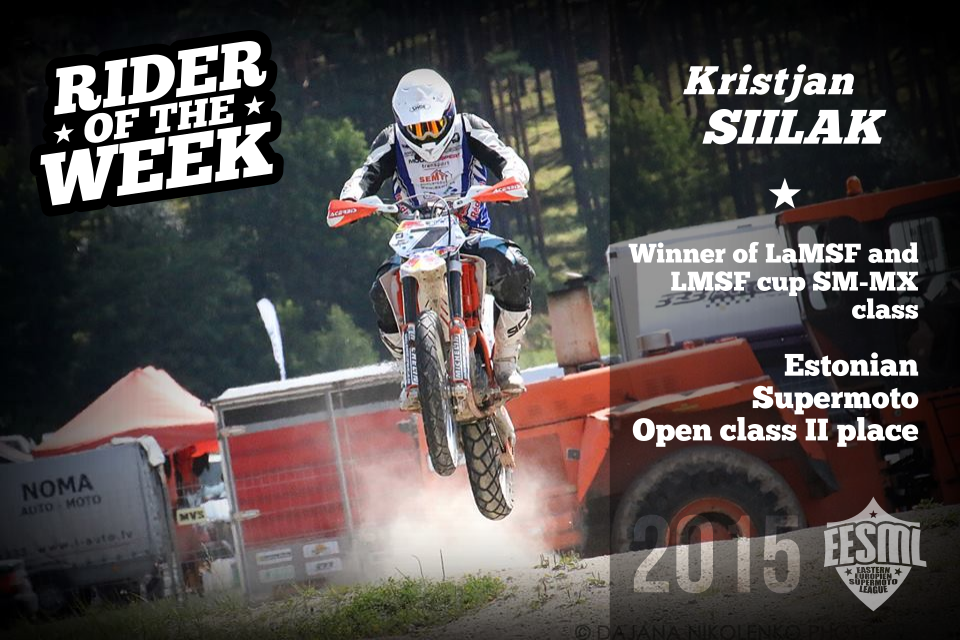 When and why you start motosport?

I like everything with two wheels. My first motocross start was with a Kawasaki KX 125 it was in my hometown Valga and racetrack Jaanikese. I was 13 years old, then It was a big party for six years and when I was 19 then I began again with motocross.

When and why you start supermoto?

First start was in Riga and year 2011 I think. I started supermoto because I had a very bad injury in motocross.

Tell us about last season and whats your future plans?

Last season was the best season ever. Raced all the races in Baltics and one in Poland, half of the races I was very very fast with my Enduro bike. 2016 plans are still open.

If you do motocross: whats the difference between motocross and Supermoto?

Everybody knows that motocross racers need a huge physical training and that all takes much time, in supermoto that isnt so hard, and the track does not kill your strength so fast.

If you do, than Why do you recommend to try Supermoto?

Its like sooo much fun, when you try it then you love it.

To who you want to say thanks?

And offcourse to all my friends and family.