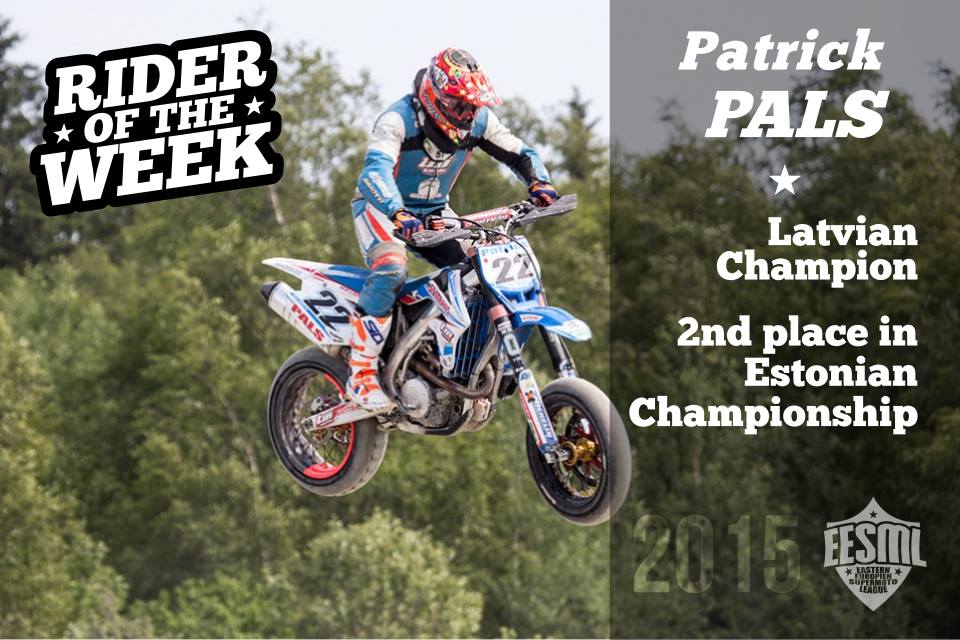 Have it begun?
The reason I started Motorsport is that I have always wanted a dirt bike. One day My father was little bit tipsy from beer and he was kind and bought me a dirt bike. Everything went on from there.
Supermoto I started in 2005 on 85cc bike. Ride it for two years. On 2007 started to do again seriously motocross, but on 2012 I come back to SM and reason was that I did not have so much time left next from school and that left me very few time for motocross training. And then I made decision to start with Supermoto and I never regret that.

Why I like Supemroto?:
SPEED, SPEED, BRAKE, SPEED and clean outfit. smile emoticon

Have the 2015 season went?
Last season was OK for me but still not satisfied without Estonian championships title. but quite lot riding last season. Almost every weekend.

2016 season plans?
Next Year is still open. No plans will be announced before everything has been cleared out.

Whats the difference between MX and SM?
Motocross in this level need a huge physical training, with Supermoto it is little bit easier and you have also time for work.

Do you recommend to try Supermoto?
First of all why would I recommend is that its huge fun and relax and also its friendly community all around the world.

To who you want to say thanks?
My thanks goes to: My dad and SIVITRANS, my mom, little sister, SAMI AS, Silberauto AS, EKS Brand, SAUE LINN, MOTUL, CITROEN and all fans and friends