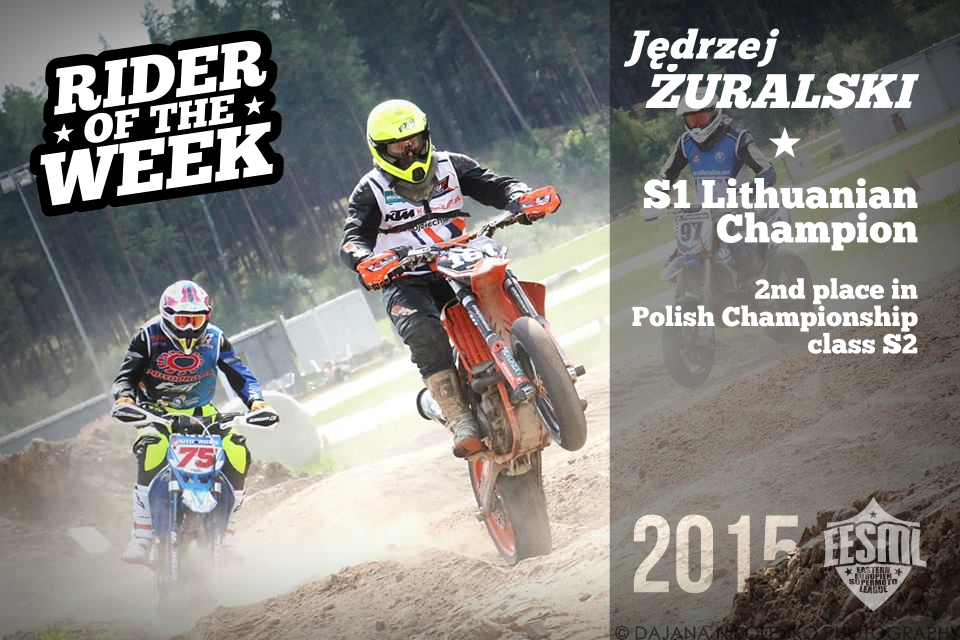 When and why you start Motorsport carrier?

I start when I was 7, but the real racing began when I was 15, from the little I liked mix of two wheels and 2 stroke smell.

When and why you start Supermoto?
Supermoto adventure began in 2012 forced me to numerous injuries and trauma that I have experienced in previous years starting in motocross.

Main reason why you like Supermoto?
Supermoto really hooked me, I was not expecting that driving on asphalt can give so much fun!!

Tell us about last season.
Last season was really good smile emoticon I improved my lap times and I'm get faster on asphalt. Competed in a European Championships and the World Championship round. Last season gave me a lot of fun to ride.

Whats your future plans?
Plans for the future are to do a lot of practice and take part in have many possible rounds abroad with fast riders.

Whats the difference between Motocross and Supermoto?
Motocross is a very traumatic sport. Supermoto is a place for riders who do not want to end racing career after motocross is getting to hard for them.

Why do you recommend to try Supermoto?
This is a very interesting sport and quickly developing, I recommend it to people who like both off-road and asphalt.

To who you want to say thanks?
Want tell thanks to my family, the club "WIRAŻ", my sponsor city of Bartoszyce, Piotrek and Marcin with KTM OLSZTYN. Thank you !!